Though he’s twice been named the best windsurfer in the world, the road to the Olympic games hasn’t been all smooth sailing for professional athlete, JP Tobin. From having to compete for fourteen years to eventually qualify for the Olympics to doing his final qualifier with the spine of a cobbler fish embedded in his foot (it later required surgery to remove), JP’s hard work and perseverance finally paid off to send him to the summer Olympics in London in 2012.

As he gears up for next year’s Olympic games in Rio de Janeiro, we interviewed this multi-talented athlete and Star Wars fan (see his Backstory quote to see what we mean) to learn more about his background, what it’s like to train with the people he faces in competition, and the other sports he competes in both nationally and internationally.

Where did you grow up in New Zealand and how did you get into windsurfing? Did you always know you wanted to turn professional and go to the Olympics?

I grew up in Ohope Beach, Bay of Plenty, New Zealand. 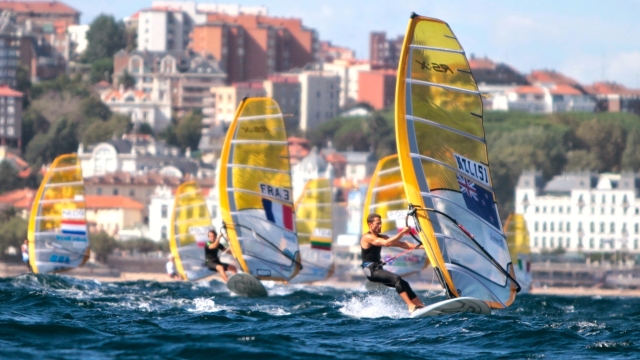 My parents were passionate windsurfers and from an early age I was introduced to the sport however it was still a bit early to allow me to sail off alone so my board remained leashed to the beach – I happily sailed around on the end of the leash for hours until the time came to remove the leash and I was free to explore the wind and ocean.

The Olympics Games were not really on my radar until I started to progress in the sport – I am a competitive individual so as I made my way through the youth divisions I started to get exposure to and race against the best New Zealand Olympic athletes at the time. It was then I decided that I wanted to represent my country at the Olympic Games. Which is no easy feat as New Zealand remains the most successful country in Olympic Windsurfing and in the Olympics, only one male and one female per qualified nation are allowed to compete.

I dedicated myself and focused entirely on representing my country at 20 years of age. It was going to be a long haul, however, and ultimately it required four Olympic Cycles of perseverance (Olympic Games are contested once every four years) and 14 years of attempts to finally gain New Zealand Olympic selection for the 2012 London Olympic Games. As it was, I had to overcome my a compatriot who was the reigning Olympic Champion (2008) at the time. 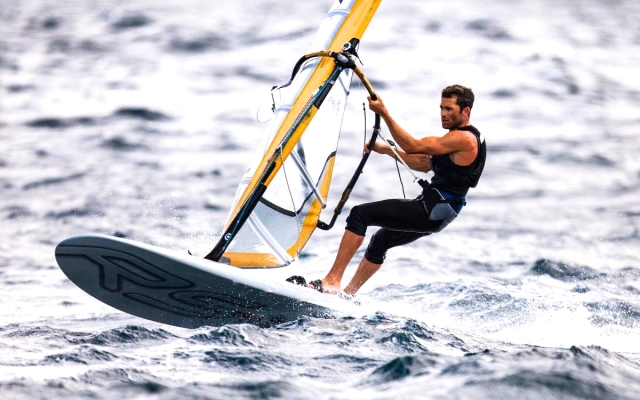 How did it feel when you learned you had qualified to represent New Zealand in 2012? What it was like to be there in London for the games?

It was a very mixed feeling as I had reached a point in my career where I was on top of my game and had dominated the New Zealand selection process for London – despite this there are some interesting politics that come into the sport and I was not celebrating until the official decision had been made and any appeals had been overturned.

Given that I had waited so long for this opportunity there was of course a large sense of relief but it was primarily business as usual.

At the time I had just returned from the final Olympic selection event (2011 World Championships, Fremantle, Perth, Australia) where I had to compete with a spine of a cobbler fish, which I had stood on just days prior to competition, embedded deep in my foot. The spine, which required an operation to remove, was followed by 6 weeks of recovery and getting back into training for the months leading into the Olympic Games.

Being part of the New Zealand team was really a dream come true for me and the pride I have in representing my country is without compare. 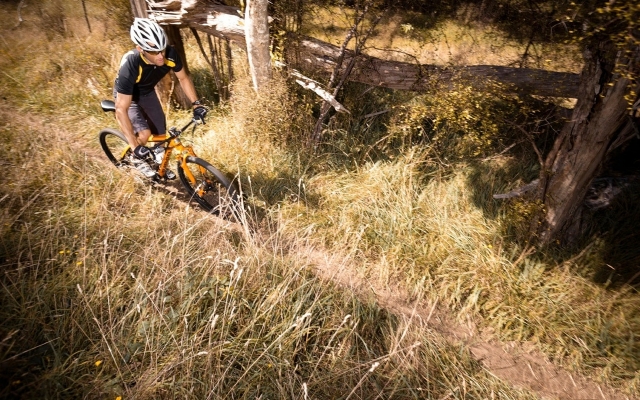 What are your goals for the Olympic games in Rio?

This will be my last Olympics as an athlete so my aim as always is to win the shiniest medal.

Who inspires you in the sport of windsurfing? Why? Are you involved in any other sports?

My training partners are the ones who inspire me the most. Dorian van Rijsselberghe (Holland) the reigning Olympic Champion and Zac Plavsic (Canada) 8th in London, are inspirational and it is in working with these athletes on a daily basis and trying to emulate their drive that pushes me to achieve more.

It is unusual in many ways to train together and essentially improve each other to a point which makes us all more complete as athletes and individuals. Yet, ultimately we are required to compete against and beat each other.

I am competitive in both SUP (Stand Up Paddle) and Mountain Biking, both sports I introduced to my Windsurfing training regime. I have now found I really enjoy competing in them on a regular basis both domestically and internationally to a point where I am now an International brand ambassador for Starboard (SUP) and Niner Bikes (Mountain Bike). 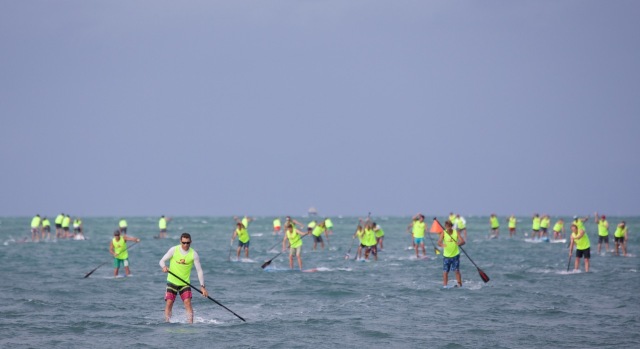 JP leading the pack in a Stand Up Paddle (SUP) competition.

Windsurfing at Olympic level is tough…there are few sports I have competed in which come close in terms of a complete test of mind and body. It is a highly complex sport where you need to be at your best in a range of conditions as you just don’t know what the elements will throw at you over the course of multiple days of competition. It is the variety that the sport offers which I would pinpoint as the thing I love the most and the opportunity to operate in a natural environment each day is different in terms of weather and what the wind and ocean may bring.

What do you like to do in your spare time?

I like to surf as it is in this element for me where there is no pressure to perform aside from what is required by the wave looming behind you.

Describe a typical day for you. Where do you typically train and what else is on your agenda?

I train at Takapuna Beach on Auckland’s North Shore. This venue has honed the skills of many of New Zealand’s top waterman and is one of my favourite places in the World.

With an extinct volcano just off 5 kms off the coast (Rangitoto) providing a very beautiful backdrop and a unique venue for paddling and running.

A typical day consists of two primary training sessions involving windsurfing/paddling/bike/run/strength/recovery this repeats for five days with two days built in for recovery before the cycle repeats. Each cycle has a different focus depending on timing to a peak race.

Working with and aligning new partnerships is also a very important part of my day to day as it is only with my team of supporters that I am able to perform. 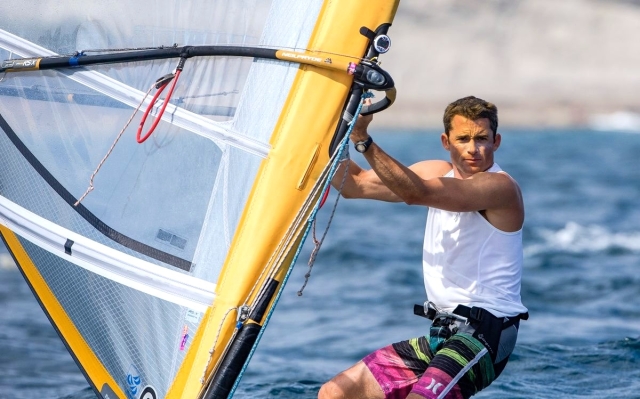 How did you hear of about.me and what made you sign up for it?

What’s your favorite feature on the platform?

My favourite feature is in the communicative impact that an about.me page brings despite being so simple. I enjoy scrolling through the about.me users and appreciating the vast array of amazing talent and energy that is present on the about.me platform.

How are you using the platform on other digital mediums?

I utilise the about.me link in my email signature and also with the Intro App. I’m currently in the process of building my backstory to allow more information to be displayed to viewers.

Have you used about.me to connect with others on the platform?

Yes. It’s always great to send and receive compliments and I’m looking forward to developing my backstory and exploring others in the process.

2 responses to One Athlete’s Journey to the Olympic Games