Christopher Michel is a man of many talents. He flew missions in the Navy, he worked at the Pentagon, he has an MBA from Harvard, and he’s a successful entrepreneur and investor. Not one to settle, today he’s hard at work on what he calls his “third career” as a world traveling photographer.

With his favorite place to travel being Antarctica (he’s been there four times), it’s no surprise that he’ll soon find his way to the North Pole. Before he heads off on his next adventure, we decided to sit down with him to learn more about his life and the secrets to his career success.

Where did you grow up and what was your upbringing like?

I had a [nomadic] childhood – moving 8 times in 16 years.  My mother is Danish-American, my father Greek-English and stepfather French.  Mostly I lived in Connecticut, Illinois, Athens, and Paris.  I was always the new kid/outsider in school and spent my time playing with technology – and programming (starting in 1979).  My grandfather, Frede Vidar, was a painter and our household always put a premium on creativity.

When you first went into the military, did you think you would make a career out of it?

I thought I might want to become a public servant and thought military service would be a great first step.  I had also seen “Top Gun” and thought flying for the Navy sounded a lot more fun than working for Andersen Consulting.  I was right!

I served as a Navigator & Mission Commander flying P-3C Orion aircraft in missions all over the world.  It was incredibly fun and rewarding. Following my operational tour, I worked as an Admiral’s Aide in the Pentagon.  I was still the resident nerd on the Navy staff and helped get quite a few senior officers access to the Internet and software to surf (Netscape) and do email (Eudora).

I was convinced that my future was in national security and politics.  I applied to Harvard’s Kennedy School of Government and was going to leave the military and attend using my GI Bill benefits.  I had some good mentors at the time – then Commander Joe Sestak had gotten his PhD there and was a strong proponent of attending (he later went on to be a Member of Congress).

I happened to run into a fellow Navy Lieutenant who had just graduated from Harvard Business School and suggested I attend HBS instead of the Kennedy School.  He said an MBA would be more helpful than an MPA – regardless of my chosen profession.  I hadn’t taken a single business class in my life nor was I thrilled to go into business but I really trusted this guy.  I thought I probably wouldn’t get admitted but eight months later I was seated in a classroom in HBS’s Aldrich hall fighting to survive.  Turned out to be the best decision of my life – and was really serendipity and luck at its best.

What was the first company you started and why?

The second piece of incredible luck was deciding to become an entrepreneur.  When I was in the Navy, I’m not sure I ever used the word.  When I showed up at HBS, I thought I wanted to be a consultant, as I didn’t really know about anything else.  And one morning, my best-laid career plans were flipped on their head.

I was taking a class on entrepreneurship taught by Professor Amar Bhide.  He’d invited a friend of his to discuss his entrepreneurial life.  The fellow that showed up didn’t look like your typical HBS CEO speaker – he had a long scruffy beard, flannel shirt and self-effacing style.  And little did I know he was about to change my life.

His name was Dan Bricklin.  And we all owe him a huge debt of gratitude.  Why?  As a student at HBS in 1978, he wasn’t enamored with the way he was having to do accounting:  paper and calculator!

Long story short, he and his friend Bob Frankston created VisiCalc – the first spreadsheet program and one of the first killer apps for the personal computer.  Few people remember VisiCalc – Lotus essentially created a better product and the company went into decline.  No surprise – the Schumpeterian system works few places better than in technology (just wait on all the “unsinkable” companies of today).

However, it wasn’t the cool story of Dan’s company that changed my life.  It was how he framed his entrepreneurial experience.  He said he hadn’t made a lot of money with VisiCalc but had built something that mattered.  Really mattered – and will beyond even his own life.  It was like the satisfaction an architect or artist might get from creating something special enough to stand the test of time.  And that “creating” can give a sense of lifelong satisfaction. 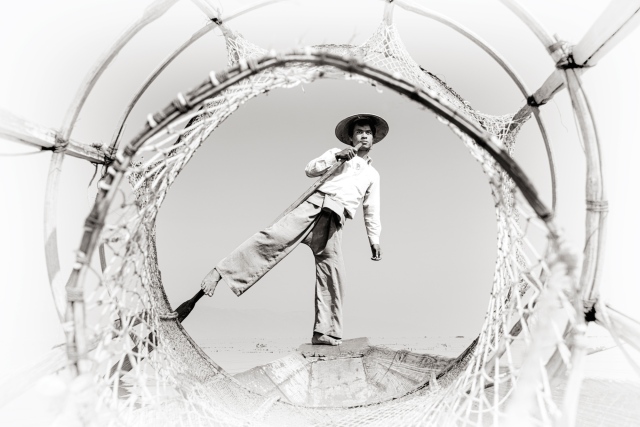 Now I knew I wanted to be an entrepreneur – but what to do!  This is a fundamental dilemma for many proto-entrepreneurs.  Do you “intuit” an idea through a analytical process or stumble into a great idea?  People have found success in countless ways.

I was lucky to have stumbled into the idea of Military.com.

It was 1999 and I was spending one weekend a month drilling in the Naval Reserve with Patrol Squadron 92 in Point Magu, California.  I was working in consulting at the time (having graduated just a few months earlier) and was incredibly dissatisfied having not found my great entrepreneurial idea.

During one of our all-hands meetings, people were talking about reconnecting with shipmates from other units and getting access to benefits information.  It hit me in that moment that the internet was the perfect vehicle to connect, enable, and empower the 20 million members of the military community.  This was 5 years before Facebook and the term “social network.”

I quit my job and started Military.com.  Lots of stories, bad & good, there, which are well told by Bill Murphy in his book The Intelligent Entrepreneur.  I sold it to Monster.com in 2004 and then started my second company, Affinity Labs.  In 2008, I started Nautilus Ventures.

How did you get started as a photographer? Did you ever take classes or did you just try things out?

I’ve always been vaguely interested in photography.  It always seemed like the intersection of art and science.  I became much more focused in 1998 while driving cross-country to California.  In 2008 after selling Affinity Labs, I decided that my next career would be in photography.  Photographing people in extreme environments (both physically and emotionally).  It’s my third career – and the most rewarding and challenging!  I never took classes – used the 10,000 hour rule!

What’s your favorite camera and lens to shoot with and why?

That’s easy – it’s actually my favorite lens…the 50mm f/.95 lens.  I shoot wide open and the bokeh (blur behind the subject) is jaw-dropping.  I use the lens on either the Leica M or the Sony A7S.

What’s your favorite feature of about.me?

5 responses to A Man of Many Talents: Christopher Michel