Unlike some other professional athletes, it was never Chinemelu Elonu‘s plan to turn pro. In fact, Chinemelu, who was born in Enugu, Enugu State Nigeria and came to the U.S. when he was just a year and a half old, had a dream of working in the tech sector with computers. He didn’t actually become interested in basketball until his freshman year of high school.

That’s when he decided to try out for his school’s freshman team and, with his still undeveloped skills, he was rejected from the team.

Chinemelu was, of course, disappointed by this set-back, but he wouldn’t let it deter him from playing a sport he had so recently fallen in love with. As luck would have it, he was to meet his mentor, Byron Smith. With a newfound love for the game, a drive to improve, and a great mentor, Chinemelu worked hard over the summer to improve his skills and make the team.

Chinemelu (far left) on the court.

By the end of his high school career, not only had Chinemelu made the team, but he’d been given an offer to play basketball on the college level at Texas A&M. He calls the chance to do so “a dream come true” and one which sparked many more opportunities for him. Following graduation, with a degree in education, Chinemelu was chosen in the second round to join the NBA with the Los Angeles Lakers.

After playing in their summer league and training with the Lakers, Chinemelu received a new offer, this time to play basketball professionally in Spain. He accepted the offer and began his journey into international pro basketball with CAI Zaragoza. He’s since gone on to play in Greece, France, China and Turkey. At the moment, you can find him playing with Tofaş of the Turkish Basketball League.

Though playing overseas can sometimes be difficult, not seeing friends and family for much of the year and missing the occasional food item, for Chinemelu, it has been overwhelmingly positive. “Playing overseas has been a great experience for me, it has really opened my eyes to so many different cultures around the world.” Including their languages.

He’s picked up a bit of French, Spanish, Turkish and Greek and even if you don’t know the local language, it’s not difficult to play, the game is universal. And it’s quite popular in Turkey, where he plays now, so like the pros in the U.S., he gets recognized on the street by fans. It’s “nothing like the soccer players” he says though. In Turkey at least, soccer is still the most popular sport.

But, for Chinemelu, it doesn’t matter too much. It’s been a long journey from not making his freshman basketball team to playing professionally abroad. And at the end of the day he says, “I love that I’m playing basketball for my job! This is a blessing from God, that I won’t take for granted.” 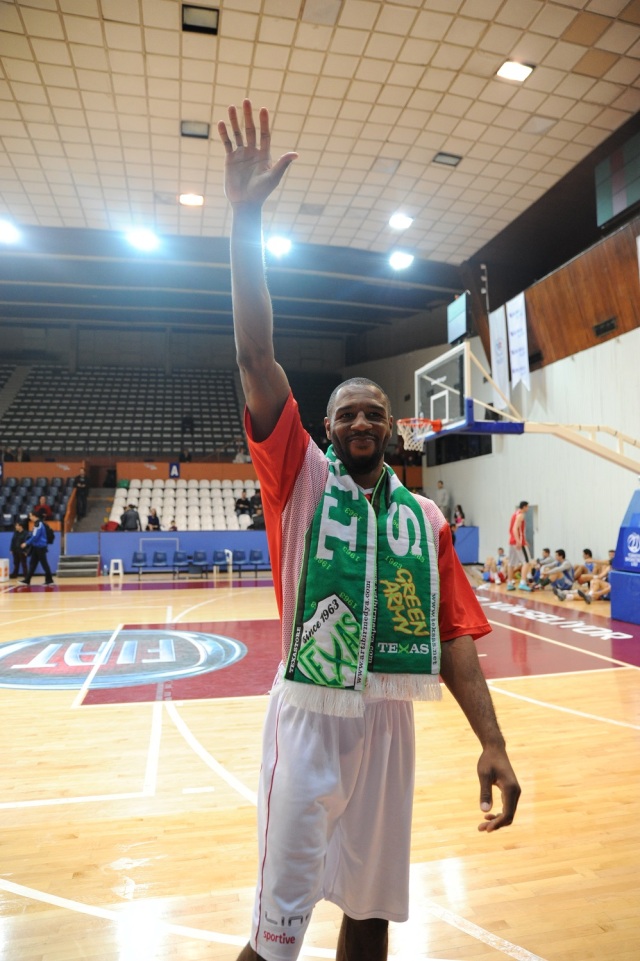 Who inspires you in basketball? Why?

Hakeem Olajuwon and Kevin Garnett are my inspirations for the game. I love the passion for the game from both players. They are both fundamentally sound and have incredible work ethics.

What do you like to do in your spare time?

When I’m not working out at the gym or playing pick-up basketball. I watch movies or tv shows, hang out with family and friends, and enjoy reading tech news.

Describe a typical day for you.

Wake up about 8am, go to practice at 9:30am, then lunch at 1pm, then second practice at 5pm and then dinner and sleep and get ready to start over again the next day.

How did you hear of about.me and what made you sign up for it?

What’s your favorite feature on the platform?

I love the integration with all the social networks.

How are you using the platform on other digital mediums?

I use it in my email signature.

Have you used about.me to connect with others on the platform?

Yes, I have used about.me to engage with all sorts of people.

Be sure to check out his page to engage with him and learn more about him!

One response to From Rejection to the Professional League: One Basketball Player’s Journey