Thanks to all who participated in the TOMS One Day Without Shoes campaign. Just on about.me we had hundreds of people update their background image to help raise awareness for kids. 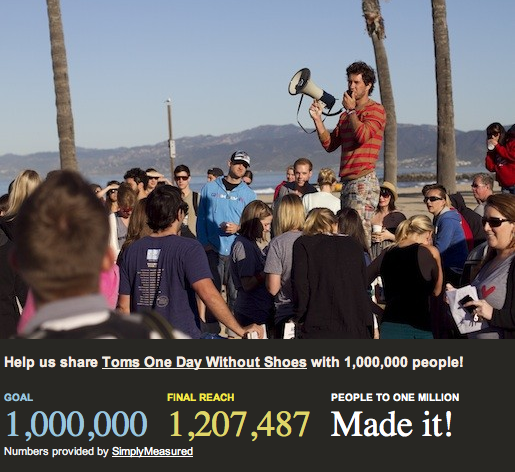 We also saw dozens of tweets with the #withoutshoes hashtag, pointing to about.me pages and blog posts. This means there were tens of thousands of pageviews spreading the word over the three week campaign!

We were happy to do our part to raise awareness for this campaign. And the AOL blog has the story of the entire company’s efforts:

By the end of the campaign, we had some stats to be proud of that we want to share.  In total, we reached: